I'd like to give special honors to NYC rapper and illustrator, 'Deca', for his creation of my book Dive Manual's cover, which also doubles as this website's logo. The title of the painting is called 'The Upward Journey', and you can find Deca's crisp boombap with unprecedented symbolic fluency on Spotify and other streaming platforms.

And here are some links to his most impressive music videos:

While I have not sat down with Deca to specifically provide details for this post, I have had plenty of correspondence with him and continue to do so. And regarding his efforts associated to Dive Manual and the similar motifs found both within my book and his music, I have a few interesting things I can say.

For background: after some years of continuous research related to the various esoteric and fortean topics found within Dive Manual, I came across Deca while I began to piece the skeletal framework of my manuscript together. At this time, it was somewhere around 2015, and Deca was already a seasoned veteran of underground and experimental hiphop. I found it very strange and unique to find a rapper so avidly dedicated to mystical concepts, philosophy, and even Jungian psychoanalysis. And I was floored by how seamlessly he put it all together, usually even producing his own beats for the lyrical deliveries. Not only was it far from gimmicky, the music was quite illustrious, insightful, and having done so much research into similar topics myself, I found Deca to also be surprisingly well researched. I was instantly a fan.

And as if the music wasn't impressive enough, just take a look at his portfolio of artwork, including but not limited to his own album covers.

So, years later, as I had steadily memorized Deca's music while writing and chopping through my manuscript over and over, I came closer to the end of my project, and decided to fire a shot in the dark. I emailed Deca, told him that his music had helped in some ways fuel the creation of this manuscript I'd written, and I wanted to strike up an arrangement with him to create the cover of the book.

He replied with interest.

We did some modest business dealings where he kept the painting and marketed it as his own creative property, allowing me to be the only other individual to use the image for content, as well as giving me certain creative influence to the ideas in the painting. It was an effective and beneficial arrangement for both of us.

As for the content of the painting, suffice it to say that the symbolism of the butterfly represents not only the human psyche or soul in mythology (especially Greek), but has quite a multi-faceted relationship to chaos theory, often called the "butterfly effect", coined by mathematician, Edward Lorenz: “It has been said that something as small as the flutter of a butterfly’s wing can ultimately cause a typhoon halfway around the world.” And truly, it seems that this butterfly effect only lends itself to the symbolism of the human psyche.

Deca took my basic concepts, pondered his own, and thus created "The Upward Journey." He also read through the contents of Dive Manual, and thoroughly approves the message and craftsmanship! While, of course, Deca and I have had slightly different paths and therefore slightly different inspirations, our overall messages are entirely the same, and in the vast majority of cases, so are our scholarly resources, like in the cases of CG Jung, Manly P. Hall, William Blake, and Dante Alighieri to drop a few names.

I as well had the wonderful opportunity see Deca live in San Francisco, during April of 2020, performing with DJ Marvel. The show was fantastic, Deca's performance was on-point and he played all his best songs.

He briefly shook my hand from stage and after the show, we went out back of the venue and discussed different esoteric ideas, inspirations, and art for at least an hour as curious onlookers gathered around.

Some interesting tidbits from our conversation: he considers some of his greatest musical inspirations to be Jay Electronica and Mos Def, and he most certainly does not need the pause of a writing space to come up with beautiful symbolism and insightful concepts. Deca truly is very intelligent and quite well studied, and it accurately shows when you listen to his music.

He and I share quite a bit in common personally as well, both having overcome some addictions, heartbreaks, and curious recurring dreams. It is interesting to note that Deca's music video to 'Gabriel Rachet' has strong similarities with impactful dreams that both he and I experienced. https://youtu.be/jR4nOsAtPcg

While this might come across as very peculiar at first read, it is actually not very surprising at all. This is the nature of archetypal symbolism and the human unconscious. And it is also a testament to how relatable Deca's art really is. I am certainly not the only one to relate to his addictions, heartbreaks, or dreams, and this is why it looks like Deca's popularity will only continue to rise over time, further solidifying himself as a decorated underground veteran.

Cheers to the homie, Deca One-Zero, and cheers to you hopefully checking out both Dive Manual and Deca's discography. 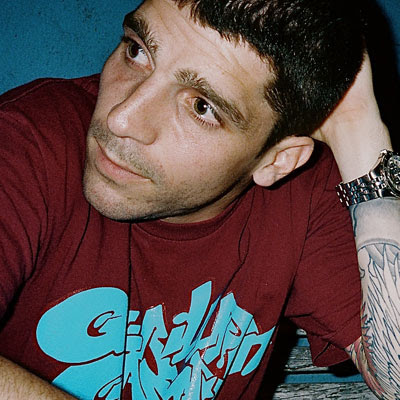 Discussing the Psychology of Belief on 'Mind Escape'